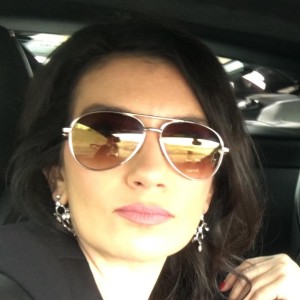 Legends of the Game

Also known as “The Great Bear of Wall Street”, over a 100 years ago this trader amassed a fortune shorting the market worth billions today.

“There is nothing new in Wall Street. …”

Also known as “Evil Knievil”, is Britains best known short-seller with a reputation for extreme trading and gambling exploits.

“I love a crisis because that’s when people are stupid,…”

Also known as “The Man Who Broke the Bank of England, is a forex trader that made 1 billion in profit betting against the British pound in 1992.

“Once we realize that imperfect understanding is the human condition there is no shame in being wrong, only in failing to correct our mistakes.”

“Markets are constantly in a state of uncertainty and flux and money is made by discounting the obvious and betting on the unexpected.”

“Stock market bubbles don’t grow out of thin air. They have a solid basis in reality, but reality as distorted by a misconception.”

Also known as “PTJ”, is a hedge fund manager known for is marco trades and shorting the 1987 market crash.

“The secret to being successful from a trading perspective is to have an indefatigable and an undying and unquenchable thirst for information and knowledge.”

“Every day I assume every position I have is wrong.”

Also Known as the “The Indiana Jones of Finance”, famous for growing a portfolio 4200% in only 10 years.

Also known as the “The Big Short”, is the hedge fund manager that in 2007 used credit default swaps to bet against the mortgage lending market.

“No one strategy is correct all the time.”

“I had to swallow my pride, buckle down the hatches, and just be patient.”

Also known as “Dr Doom”, this American trader’s claim to fame is predicting the crash of 2007.

“Greed is normally balanced by fear.”

“Wall Street is in trouble because Main Street is broke.”

Also Known as the “System Maker”, is one of the first to use his engineering background and technology to build systems to trade.

“If you can’t take a small loss, sooner or later you will take the mother of all losses.”

“Systems don’t need to be changed. The trick is for a trader to develop a system with which he is compatible.”

We’ll send you the latest Trips, Reviews, Tips, Trades and more straight to your inbox, once a week.

Get live education from the world’s best trading academy.

We are Day Trading to escape the ordinary day to day life in search of extraordinary experiences.

Learn more about us We’ll send you the latest Trips, Reviews, Tips, Trades and more straight to your inbox, once a week.